With Ironman South Africa still fresh, very fresh in mind, but with a nearly fully recovered body, I was lined up for my second big race of the season last Saturday: Half Challenge Gran Canaria. It was on my list, but it became a definitive “Yes” just a few days after South Africa. An amazingly fast recovery made it possible to start on this neighbours island, without disrupting the preparations for Ironman Lanzarote (25th of May). So I flew over on Thursday evening and landed within 45 minutes, my first visit to Gran Canaria.

I had let myself be told that it would be quite a tough course, so I went on for an easy bike ride on Friday morning. A less complicated bike course than it sounds, I will not go into too much detail: 2 big laps (24km) and 3 small laps (14km), but the small laps were in the same part of the big lap🤔

After having driven the big loop, I didn’t know what I had to think about it. Al the time up and down,road, let’s say I’m used to it and will be a good one for me.

Then the run course, madre mia, 4 laps of more than 5 km, starting with a short steep climb and then 0 meters flat. Received information confirmed, this was going to be a tough day. Fortunately I didn’t have to worry about the clear blue sky and the burning sun, nice and warm! 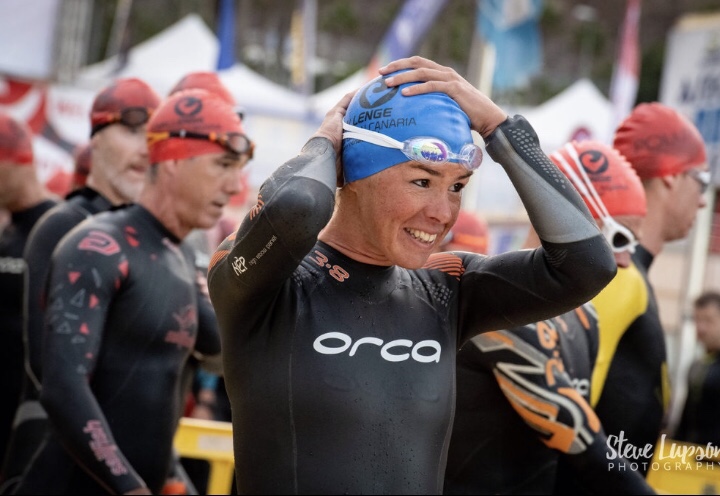 With only a small pro-ladies field (7) we stormed into the somewhat rough sea 1 minute after the men. I couldn’t possibly follow the fastest ladies, but I knew that some of them were fast swimmers. I couldn’t really say that I really felt good swimming, but it wasn’t bad either. Together with one of my competitors I came out of the water and once we arrived at our bikes, I saw we were the last. F*ck… I thought. No idea how much I was behind, but I was hope for good legs catch them back. I wanted to fight for the podium!

Thanks to the laps (back and forth on the same road) I quickly knew my position in the race. Number 1 Emma Pallant was, as expected, quite far ahead, followed by Celine Schaerer and Ewa Kommander and not far behind them Caroline Livesey. 5th position, since I had left number 6 behind me. With at most 5 minutes behind the numbers 2 and 3, I saw myself getting closer at every turning point, slowly but surely. I felt very good during the entire 90km and I took the risk to give more than coach and me had planned. After all, I had no choice if I wanted to participate in the champagne ceremony after the finish. 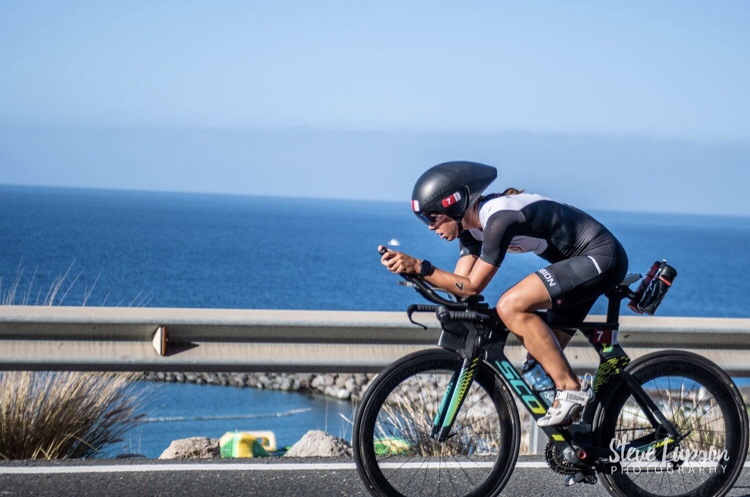 Less than 10km before the end I came in 4th position and once in the transition I was right behind number 3. Now the most important and exciting part started: “Control yourself, it will be 21 heavy kilometers, don’t run too fast, control!” I told myself. Within 2km I was 3rd and I had number 2 in my view. I felt a spark of euphoria go through my body, but I knew that anything could happen. The legs were still good, although I also felt that there were not many extras in it, which was also to be expected with just doing an Ironman 3 weeks ago. All the more important to organize my race well.

Even now I was slowly approaching closer and closer and I was already in 2nd position in the second round. Now it was a matter of controlling and not doing crazy things. A strong wind had come up during the run and many were suffering. Even I didn’t felt like flying, but knowing that you’re probably going to be 2nd in your second pro-race gives you just that little extra energy. After the last turning point I saw that the gap to number 3 was large enough and that it couldn’t hardly go wrong anymore. 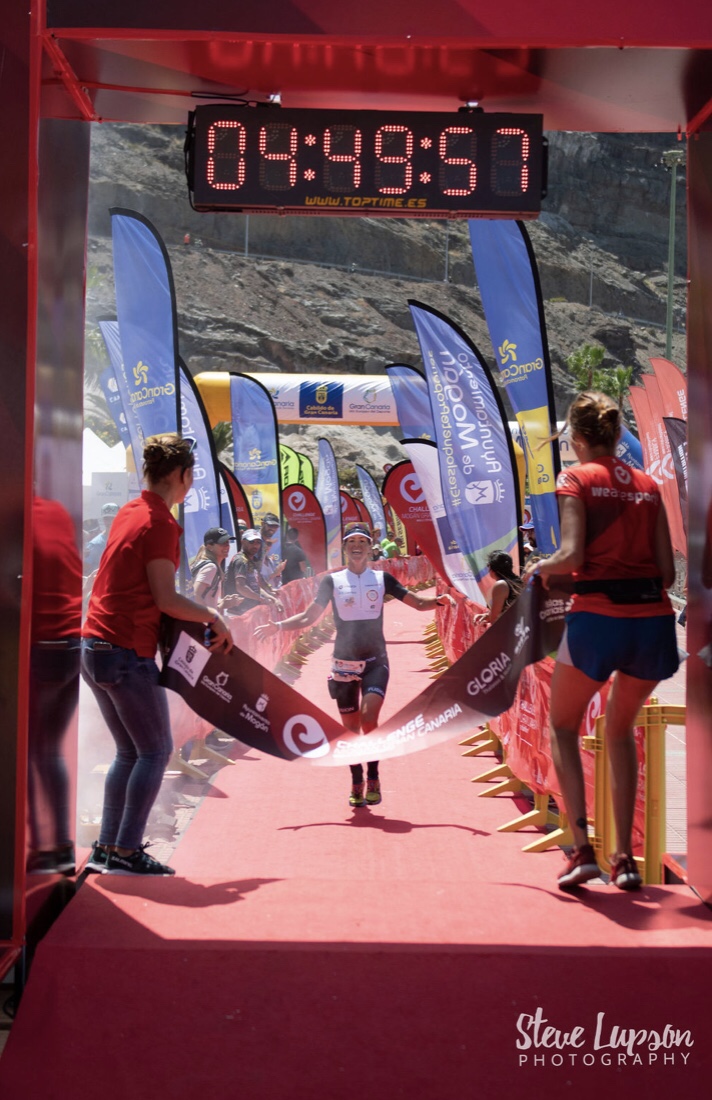 The last kilometer a huge smile appeared on my face, joy and disbelief. On paper it is easy to predict a race, but in the end it should all be just right on the day of the race. Again I had a strong day, hardly any fatigue of South Africa, a perfectly built race, a catch-up from start to finish… 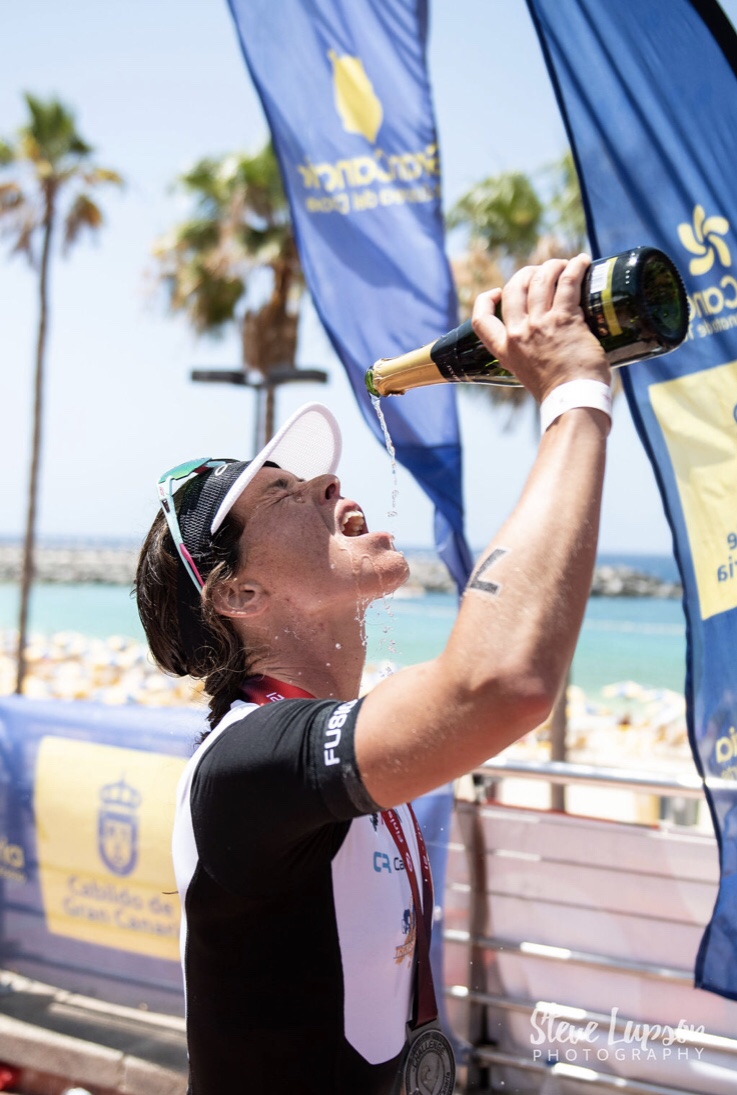 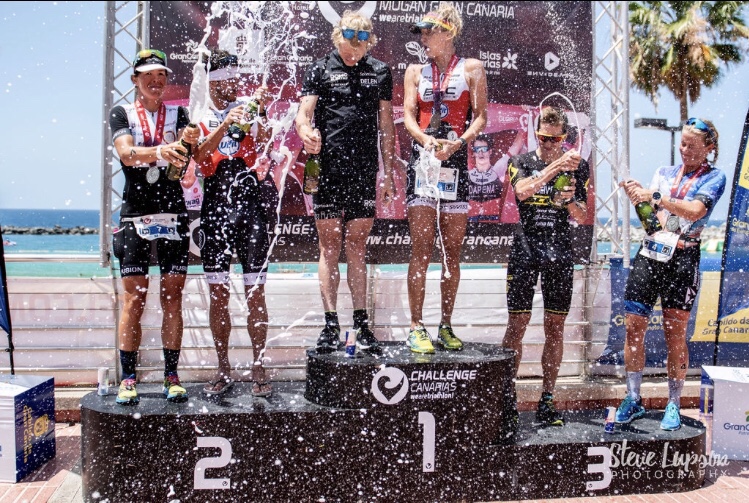